A small skipper Thymelicus sylvestris visited the garden today. It was particularly interested in the watering can, but it did settle on the gooseberry for a couple of minutes before returning to its favourite spot.

Although the small skipper is a new species for Frog End it's been a pretty poor year for butterflies in general. Although it's difficult to go outdoors without spotting a speckled wood there have been very few other species about - probably a result of the wet summer we had last year. If the moth caterpillars are anything to go by then this sunny weather should result in a boom in the population of some species at least. 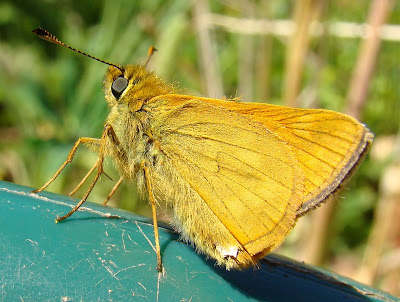 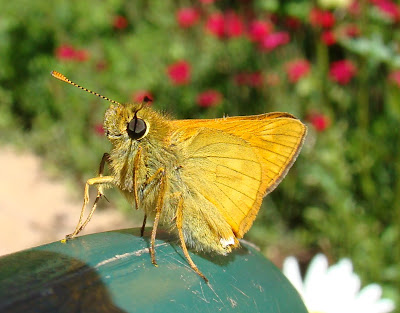 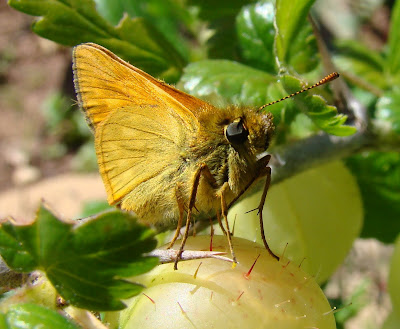 The mullein moth caterpillars are getting fatter and fatter:

I do love their cute little feet! 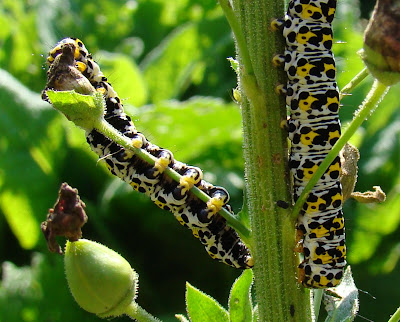 Not a single broad-bodied chaser photograph in this post I promise!

I was going to dead-head some of the verbascums that have finished flowering when I noticed that they were occupied by some rather cute individuals. I think they are the mullein moth Cucullia verbasci, but the photos on the web look slightly different and I'm not sure how variable it is. Yet again I've made a mental note to buy a book on caterpillars. 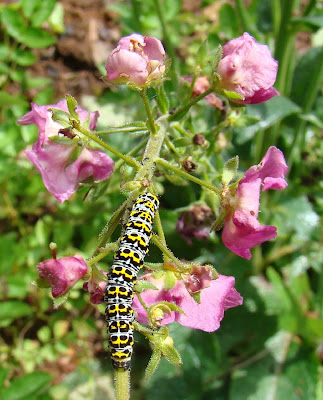 They're causing quite a bit of damage to the verbascum leaves, but I don't mind that at all 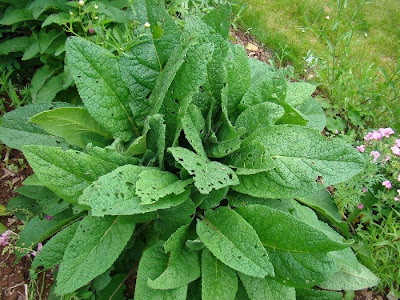 The caterpillars were not the only ones enjoying the verbascums. My mother has a fear of weevils after once finding one in her tea so as a child I was always responsible for removing any that were foolish enough to come inside the house. This is by far one of the prettiest I've seen: 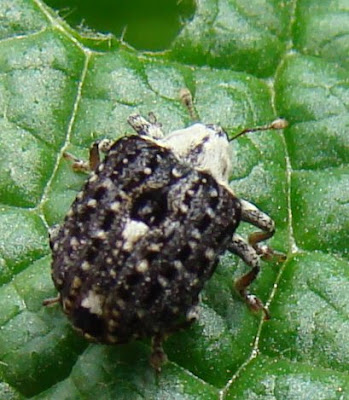 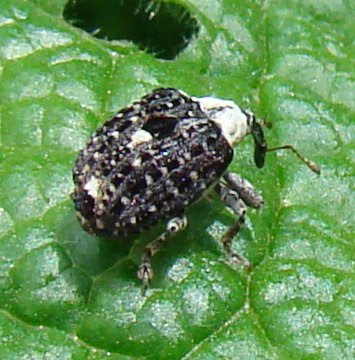 I think it's Cionus hortulanus.
Posted by Helen at 11:40 4 comments:

At least seven broad-bodied chasers have emerged from one of our ponds this year. Of these, I have seen all but two and each of these five was female. Added to the fact that of the dragonflies I've seen in flight none have been male I can conclude that we probably haven't had a male emerge from the pond this year. Not having had a great number of broad-bodied chasers in the garden in the past two years it is likely that the individuals that emerged this year are siblings. I confess I haven't searched very hard to see if this is known to be the case, but for now I'm wondering if all eggs oviposited are the same sex, possibly to prevent siblings from mating with each other.

Of the five individuals that I observed emerging two were unsuccessful. One didn't manage to open its wings at all and the other (below) only managed to unfold three out of four. I don't know for sure the fate of the second individual - I suspect it was either eaten by a bird or else simply died and fell amongst the rushes, but it was definitely sitting in the same position over 36 hours after it emerged and I doubt it could have taken flight. Given that rates of mortality must be pretty high during the larval stage of the life cycle I was quite surprised by this high rate of unsuccessful emergence. Have we just been unlucky or do so few really emerge successfully? 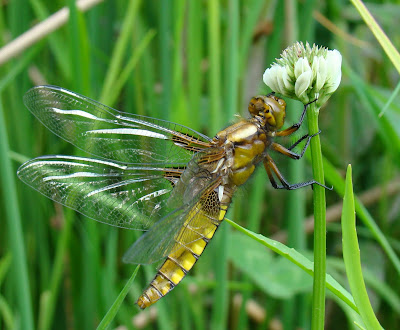 The purple lupins are in full bloom at the moment. I'm not sure why, but the purple ones always seem to flower first, followed by the pink and white ones (shame I never seem to get yellow, orange or red ones when I grow them from seed).

Although not native to the UK, lupins are very popular with the insects, especially the bees, but I've not seen a dragonfly on one until today: 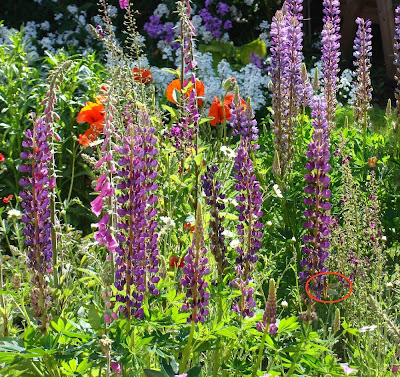 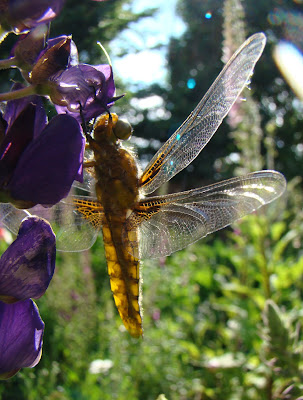 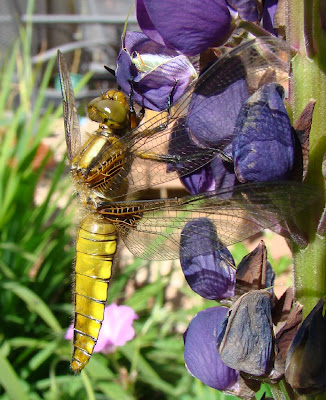 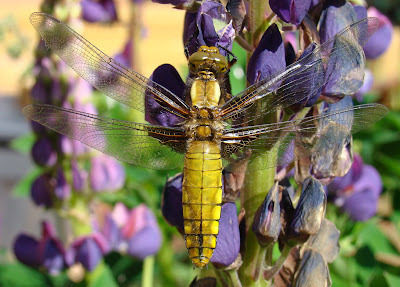 I couldn't resist taking some photographs whilst the sprinkler was on this evening: 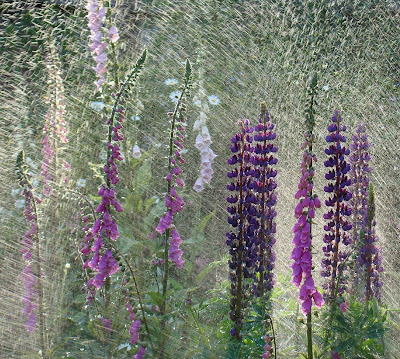