It's cold and miserable and the pond is quieter today, but there are still at least six new clumps of spawn since yesterday. 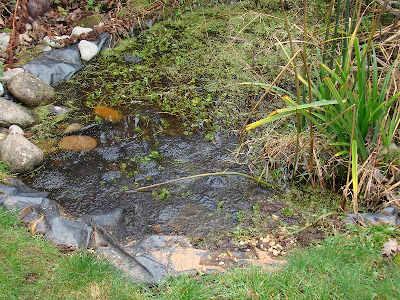 I've been trying to get some close-ups of some of the frogs. I love their eyes: 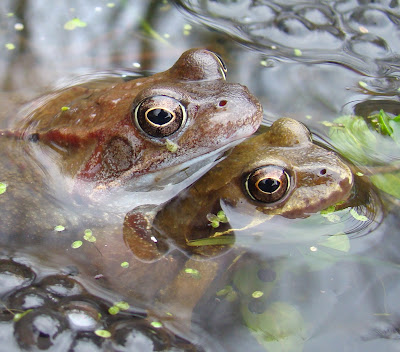 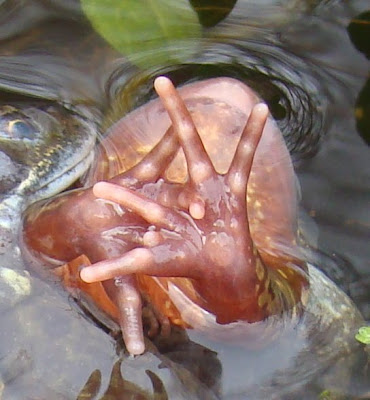 Competition in the pond 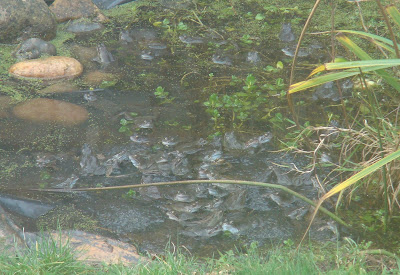 The number of frogs in our pond is still increasing and things are starting to get a bit aggressive. Today several frogs formed a mating ball and started rolling over and over in the water as I imagine a crocodile would with its prey. The males were fighting over a female and were trying to shake each other off. They even resorted to pushing out of the water and trying to smash each other against the rocks at the edge of the pond. Most of the males gave up at this point, but two were just not letting go. 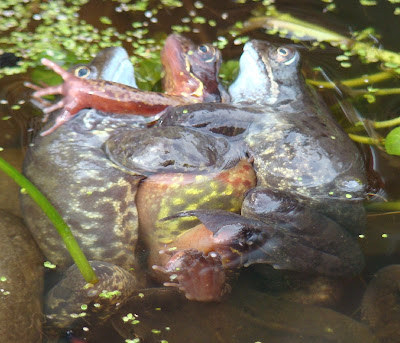 This embrace is called amplexus, but I've not seen two males hug the same female before.

If you turn the sound up high you can hear some of the frogs croaking in this video:
I've given up trying to distinguish between, and therefore count, the clumps of spawn, which is a shame as I'll have to estimate for the Big Spawn Count. 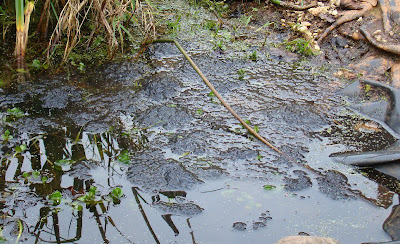 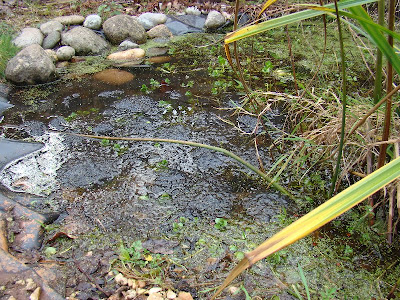 That time of year again

Well it appears to have been six months since I last blogged here. Last year was a comparatively poor year for wildlife at Frog End, probably due to the cold winter/spring, followed by a drought and then a wet summer. This year I'm determined to get out in the garden more and record the species that I do see.

We've had a very mild winter with only a few frosts and no snow. The pond froze over for a couple of days in January, but apart from that it's been quite warm so I'm hoping that more insects will have survived the winter.

This week the first Frog End frogs began to spawn. The pond has been wriggling for three days (except when it was raining - the frogs didn't seem to like that) and the duckweed has simultaneously begun to clear. There are too many frogs to count, especially as the majority are quite shy and don't like it when I step from the house into the garden.

This photo of them in the shallows was taken from the bathroom window: 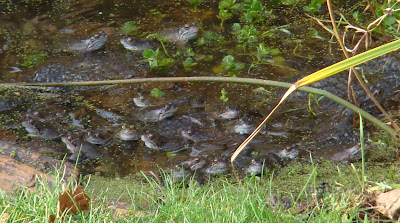 A few frogs allowed me to photograph them from the edge of the pond: 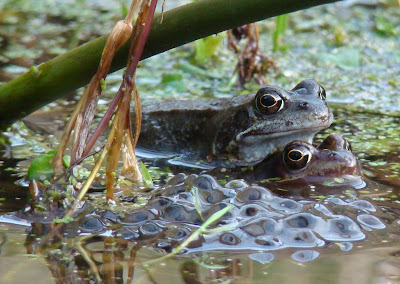 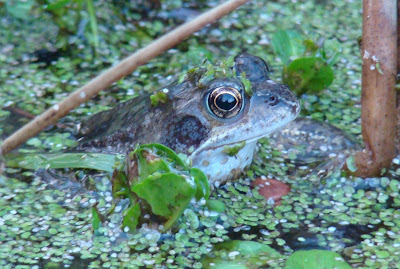